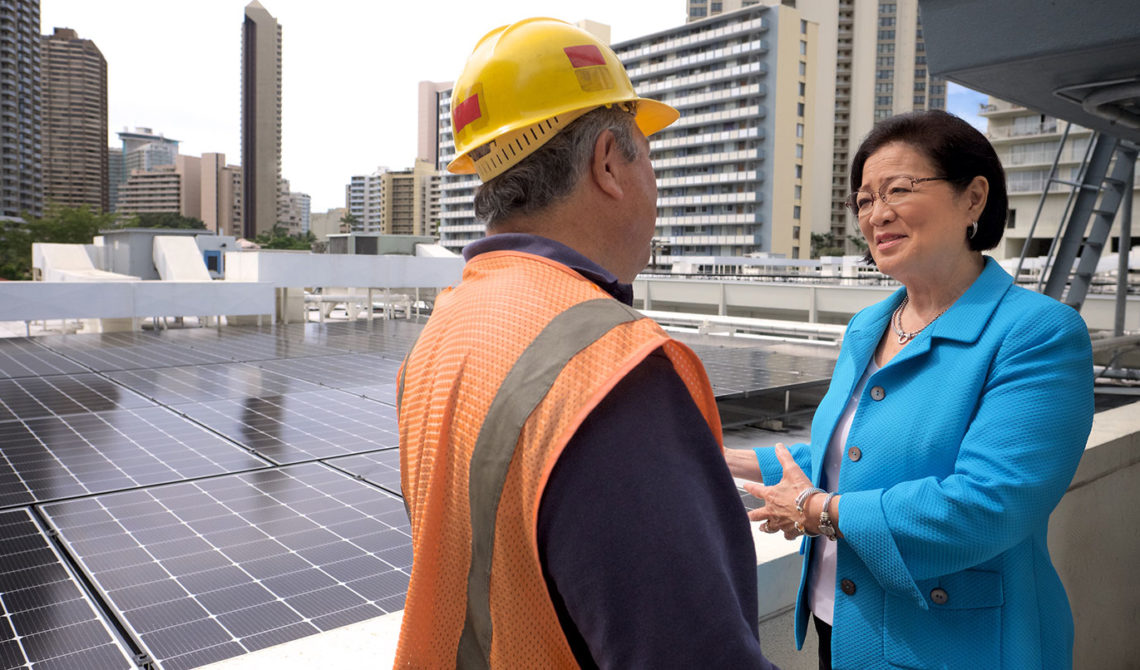 Giving all of
us a voice.

Mazie Keiko Hirono learned lifelong lessons of independence and self-reliance growing up on her grandparents’ rice farm in Fukushima, Japan. When she was nearly eight years old, her mother Laura made the courageous decision to escape her abusive marriage and take Mazie and her brothers to the United States in search of a better life. When they arrived in Hawaii, Mazie spoke no English and her mother worked low wage jobs with no job security or health benefits.

While Mazie’s life was not without challenges, it was when she worked in the rural community of Waimanalo on Oahu that she saw firsthand the struggles individuals and families in underserved communities face. While attending the University of Hawaii at Manoa, Mazie protested the Vietnam War, her first experience in political action as a way to make systemic change. She was part of a small group of young activists who recognized that protesting and marching wasn’t enough — they needed seats at the table to bring about change. Driven by her desire to be a more effective advocate for others, Mazie went to law school, graduating from the Georgetown University Law Center in 1978.

Mazie first ran for and won a seat in the Hawaii State House of Representatives in 1980, where she earned a reputation as a fearless advocate for consumers. She was elected Hawaii’s Lieutenant Governor in 1994. While she lost her race for governor in 2002, the lessons learned from that experience enabled her to win the election to represent Hawaii’s Second Congressional District in 2006. She was elected to the U.S. Senate in 2012.

In Congress, Mazie is a leader in our continuing fight for equal opportunity and protections for all people especially in the areas of education, health care, voting and civil rights, and support for our keiki, kupuna, and veterans.

Mazie says that there are people getting screwed in our country every second, minute, and hour of the day and during her time in public service she has worked to be a problem solver. Mazie follows three life lessons: 1) One person can make a difference and in Mazie’s life that is her mother; 2) Half the battle is showing up; and 3) You need to get out of your comfort zone.

With the challenges our country faces now, including the COVID-19 pandemic, we must make necessary and systemic changes for us to become more resilient, self-sustaining, and to build a stronger future.

Mazie lives in Honolulu with her husband Leighton Kim Oshima.

We’re in This Together